She lay sprawled unconscious in the road, beaten and gassed by Alabama state troopers. A White officer with a billy club stood over her.

The woman was Amelia Boynton Robinson, and a famous photo of that shocking moment helped galvanize the civil rights movement. It was taken during the “Bloody Sunday” march at the Edmund Pettus Bridge in Selma, Alabama, on March 7, 1965.

That attack by White officers against peaceful Black demonstrators horrified the nation and led to the passage of the Voting Rights Act. It also revealed the toughness of Robinson, dubbed “the matriarch of the voting rights movement.”

“I wasn’t looking for notoriety,” Robinson later said. “But if that’s what it took, I didn’t care how many licks I got. It just made me even more determined to fight for our cause.”

Robinson had been fighting for Black voting rights long before Selma. As far back as the 1930s, she was registering Black voters in Alabama – a brave undertaking that could have cost Robinson her life in the Jim Crow South. In 1964, she became the first African American woman to run for Congress in Alabama.

President Obama honored her half a century later when he clutched her hand – she was frail by then, and in a wheelchair – as they crossed the Selma bridge in March 2015 to commemorate the 50th anniversary of Bloody Sunday. Robinson died five months later at age 104.

“She was as strong, as hopeful, and as indomitable of spirit — as quintessentially American — as I’m sure she was that day 50 years ago,” Obama said at her death. “To honor the legacy of an American hero like Amelia Boynton requires only that we follow her example — that all of us fight to protect everyone’s right to vote.”

He spied on the British army as a double agent

Under Lafayette, the French general who helped the American colonists fight for their freedom, he infiltrated the British army as a spy near the end of the Revolutionary War.

He once reported to Benedict Arnold, the traitorous colonist who betrayed his troops to fight for the British. And he provided crucial intelligence that helped defeat the British and end the war.

Armistead was a slave in Virginia in 1781 when he got permission from his owner, who helped supply the Continental Army, to join the war effort. Lafayette dispatched him as a spy, posing as a runaway slave, and he joined British forces in Virginia who valued his knowledge of the local terrain.

Once he’d gained their trust, Armistead moved back and forth between the two armies’ camps, feeding false information to the British while secretly documenting their strategies and relaying them to Lafayette.

His most crucial intel detailed British general Charles Cornwallis’ plans to move thousands of troops from Portsmouth to Yorktown. Armed with this knowledge, Lafayette alerted George Washington, and they set up a blockade around Yorktown which led to Cornwallis’ surrender.

Virginia lawmakers, after lobbying by Lafayette, granted Armistead his freedom in 1787. His owner, William Armistead, was paid £250.

Armistead married, raised a family and spent the rest of his life as a free man on his own Virginia farm. He added Lafayette to his name as a token of gratitude to the French general.

Cycling is viewed mostly as a White sport. But one of the fastest men ever to race on two wheels was Marshall Walter “Major” Taylor, an American who dominated sprint cycling in the late 1800s and early 1900s.

A hugely gifted rider, Taylor won the first amateur race he entered, at 14. He turned professional four years later and continued winning races, most of them sprints around oval tracks at Madison Square Garden and other arenas in the eastern US.

Soon Taylor was competing in races across Europe and Australia, becoming the second Black athlete to win a world championship in any sport.

He did all this while battling bitter racial prejudice – often from White cyclists who refused to compete against him or tried to harm him during races. One rival, after losing to Taylor in Boston, attacked him and choked him unconscious.

“In most of my races I not only struggled for victory but also for my very life and limb,” Taylor wrote in his autobiography.

But this didn’t stop him from setting world records, drawing huge crowds and becoming perhaps the first Black celebrity athlete.

She spent her life fighting sexism and racism

Dorothy Height was often the only woman in the room. She made it her life’s work to change that, fighting battles against both sexism and racism to become, as President Obama called her, the “godmother” of the civil rights movement.

Height felt the sting of racism at an early age. She was accepted to New York’s Barnard College in 1929 but learned there wasn’t a spot for her because the school had already filled its quota of two Black students per year.

Instead she enrolled at NYU and earned a master’s in educational psychology. This led to a career as a social worker in New York and Washington, where she helped lead the YWCA and the United Christian Youth Movement.

In 1958, Height became president of the National Council of Negro Women, a position she held for more than 40 years. In that role she fought tirelessly for desegregation, affordable housing, criminal justice reform and other causes.

By the 1960s, Height had become one of Dr. Martin Luther King Jr.’s key advisers. Historians say that as an organizer of the March on Washington, she was the only woman activist on the speakers’ platform during King’s “I Have a Dream’’ speech.

Historians say her contributions to the civil rights movement were overlooked at the time because of her sex. But by the time of her death in 2010, Height had taken her place among the movement’s towering figures.

“She was truly a pioneer, and she must be remembered as one of those brave and courageous souls that never gave up,” Rep. John Lewis once said. “She was a feminist and a major spokesperson for the rights of women long before there was a women’s movement.”

His inventions made the world safer

The son of two former slaves, Garrett Morgan had little more than a grade-school education.

But that didn’t stop the Ohio man from becoming an inventor with a rare gift for designing machines that saved people’s lives – including an early version of the traffic light.

As a teenager Morgan got a job repairing sewing machines, which led him to his first invention – a revamped sewing machine – and his first entrepreneurial venture: his own repair business.

Soon he was inventing other products, including a hair-straightener for African Americans. In 1916, he patented a “safety hood,” a personal breathing device that protected miners and firefighters from smoke and harmful gases. It became the precursor of the gas masks used by soldiers during WWI.

To avoid racist resistance to his product, Morgan hired a white actor to pose as the inventor while he wore the hood during presentations to potential buyers.

Later, after witnessing a car and buggy crash, Morgan was inspired to create a traffic light that had three signals: “stop,” “go,” and “stop in all directions,” to allow pedestrians to safely cross the street.

It also had a warning light – now today’s yellow light – to warn drivers they would soon have to stop. His traffic light was patented in 1923 and Morgan eventually sold its design for $40,000 to General Electric.

His legacy can be seen today at intersections across the country and the world.

When you hear the name Jack Daniel, whiskey probably comes to mind.

© Wikimedia CommonsGeorge Green – the son of distiller Nathan ‘Nearest’ Green – was one of seven generations of the Green family who worked for the Jack Daniel’s distillery.

But what about the name Nathan “Uncle Nearest” Green?

In 2016, The New York Times published a story about the distiller’s “hidden ingredient” – “help from a slave.” In the article, the brand officially acknowledged that an enslaved man, Nearest Green, taught Jack Daniel how to make whiskey. Since then, scholars, researchers and journalists have descended upon Lynchburg, Tennessee, hoping to learn more about a man who, until then, had appeared as a mere appendage in the story of the country’s most popular whiskey brand.

As a scholar of tourism whose research involves highlighting marginalized populations and counternarratives, I followed these developments with keen interest.

In the fall of 2020, my critical sustainable tourism students created a short documentary, “Uncovering Nearest.” I wanted my students to learn more about Green, since so many voices and faces of enslaved Africans and Black Americans have been silenced or erased from American history textbooks and heritage tourism sites.

Popular media, through shows like Netflix’s “High on the Hog: How African American Cuisine Transformed America,” have finally started to acknowledge the ways in which Black Americans have contributed to some of America’s most iconic dishes and spirits.

DURING THIS CRISIS/WE ARE STILL HERE!

I would like to thank all type Towing and Tommy for the excellent Tow Service we were stuck about 45 miles away from home when other companies told us if would be 2-3 hour to get us and prices were way higher we found all type Towing Tommy ….

Give Us a Call

Our Services Are Available 24/7/365,
In and around Middle River, Maryland

Since 2004, our full service towing and road side assistance company has provided high-quality services to drivers in Baltimore, Hartford, and the surrounding areas. All Type Towing & Transport specializes in local and long-distance towing of cars, trucks, vans, motorcycles and exotic vehicles with a record of 100% damage-free service. For quality care from a family-oriented team, turn to our towing company.

Quality You Can Trust

Every vehicle in our fleet is equipped to take up to five passengers, and we are proud to offer a record of 100% damage-free towing. Insurance work and corporate or fleet contracts are available for your convenience, and our uniformed drivers have an excellent reputation throughout the community. 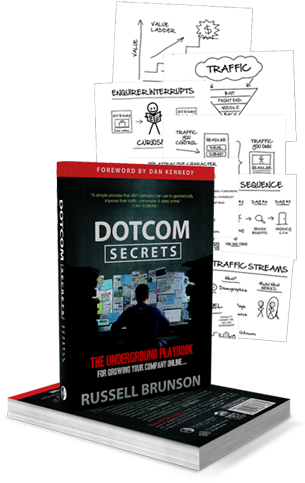 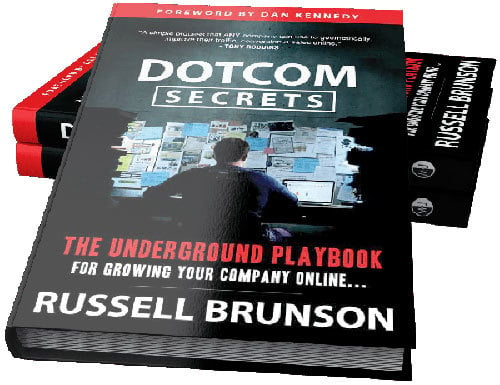 YES! I Want My FREE Copy Of The DotComSecrets Book! 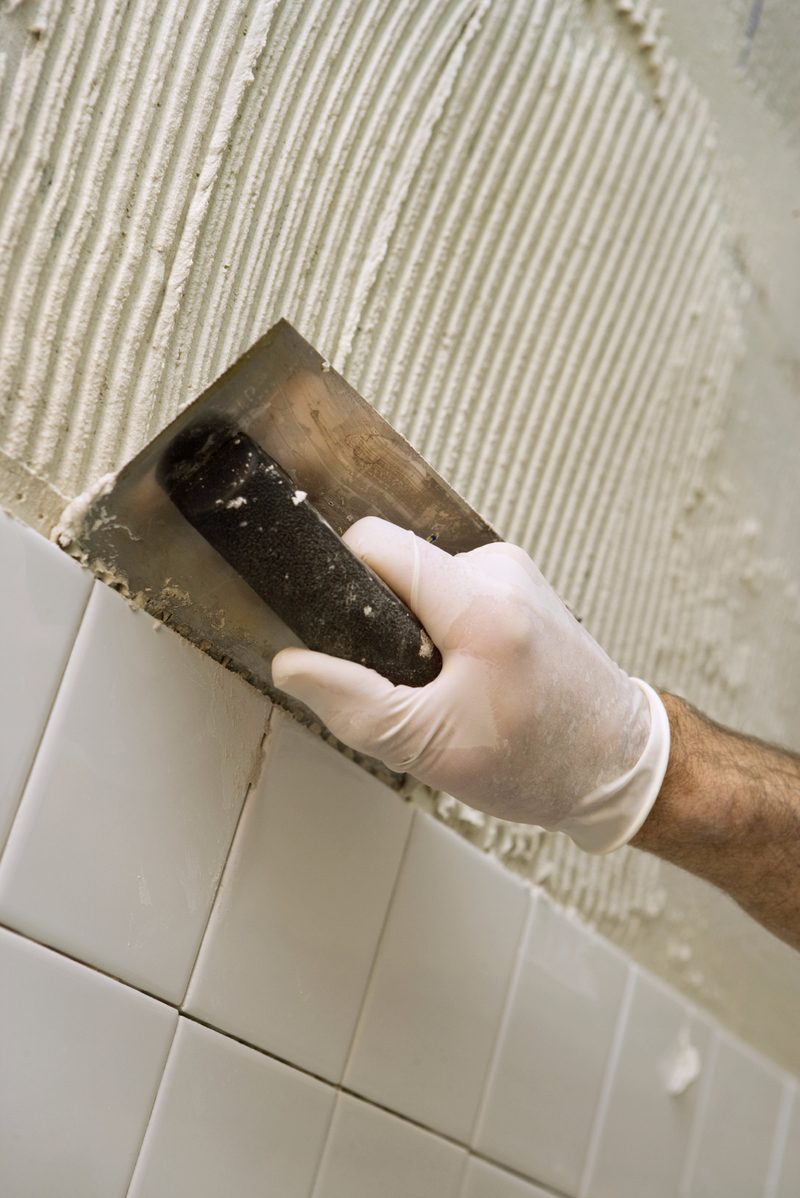 Home
Remodeling/Renovation
Property Maintenance
Property Management
About Us
Contact Us 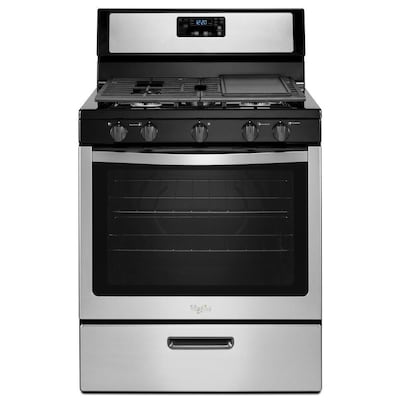